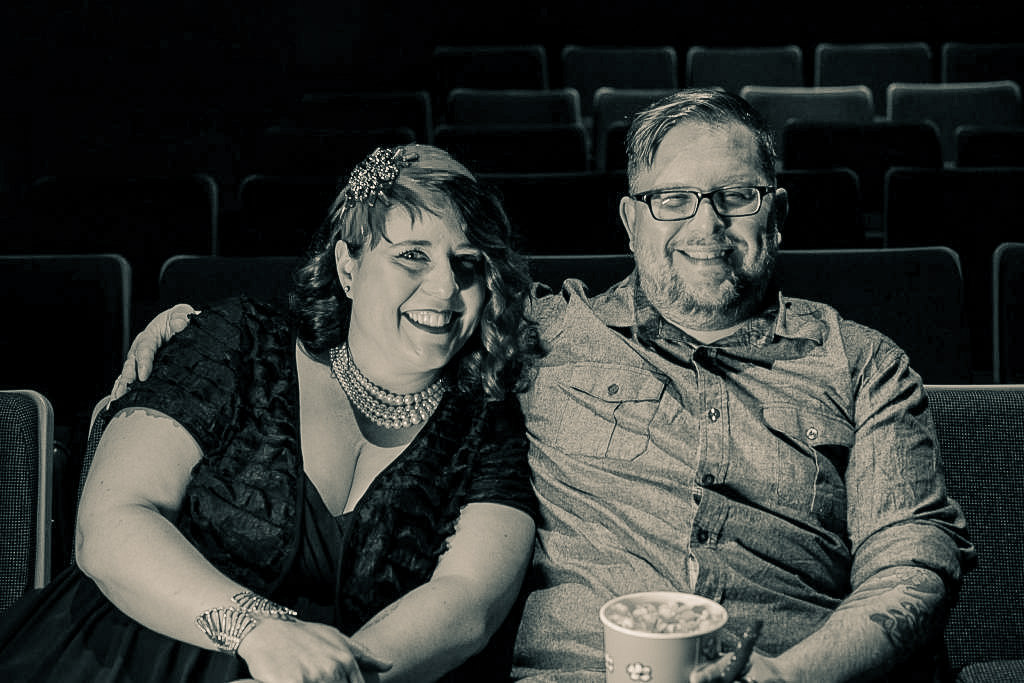 Melanie and I met back in the spring of 2017. She volunteered to work by donation/very low minimum fee for the plus size portrait series I did called The Beauty Project. It’s goal was to empower plus size women of our area. So for two Sundays in April we spent the majority of our day in a park doing hair (her) and taking photos (me). I let her know that if she ever needed any images, she should let me know.

Boy did she ever!

She contacted me last year to take some pictures to re-create movie posters. She has a close friend named Michael who owns a graphic design and branding company called Tension Creative. They were working together to make classic movie posters for their wedding day. Both James and Mel are big movie buffs and this was a super creative and fun way of bringing some of their favourite films into their celebration. As a second marriage for them both they both decided that having fun and not stressing out on their big day was a important to them. Having a Hollywood/movie themed wedding was completely the logical choice.

The posters turned out amazingly well. Back to the Future II was easily the favourite, though So I Married An Axe Murderer was equally as awesome.

In January Melanie asked me to accompany her to take some pictures at her venue. They were to be used for their digital invitations. We headed to their venue; a local one screen/stage theatre called The Roxy. Currently the home of the Blue Bridge Repertory, it has been through a few changes over it’s history.

Part of it’s history is that it was the first date location for many young people in Victoria, including Mel and James. It became a frequent part of their lives when they dated in their early years. Ultimately life had them go in other directions, but it maintained a special place in their heart. It was the obvious choice for a film themed wedding venue, if a bit out of the box for a traditional wedding.

They had an idea of having images of the two of them looking like they were being harassed by paparazzi. We took a good series of images, but while we were touring the facility I had decided I wanted to do a few portraits of them in the seats for fun. I popped ’round the corner to the grocery store and picked up some popcorn and twizzlers. We snagged a popcorn container from Concession and had a bit of fun. In the end, these were the images they chose to use for their invitation and I couldn’t be happier! 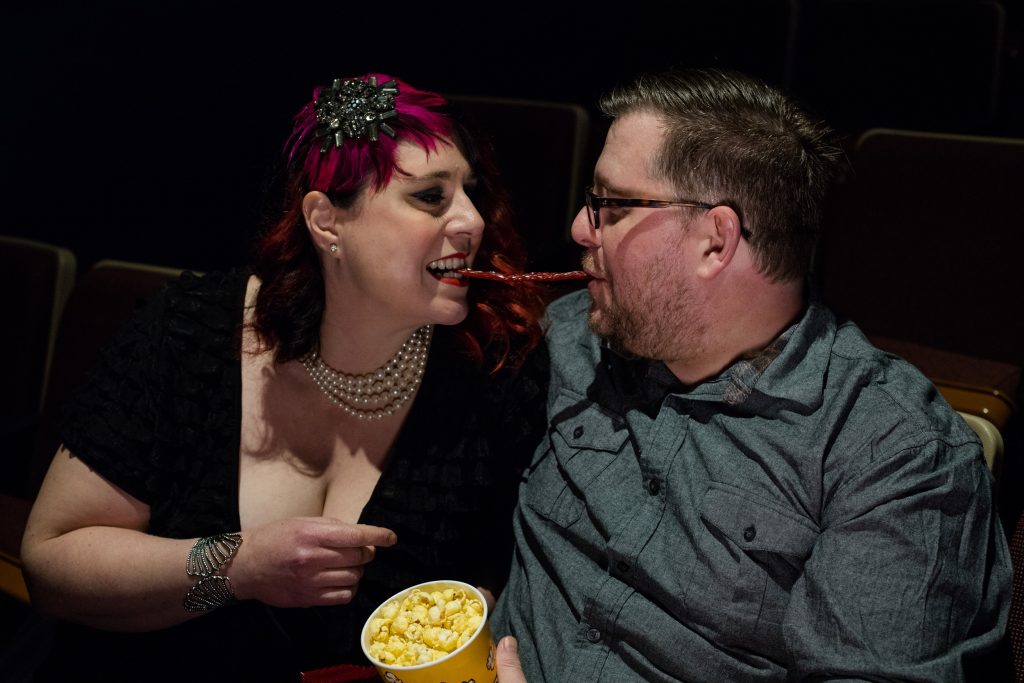 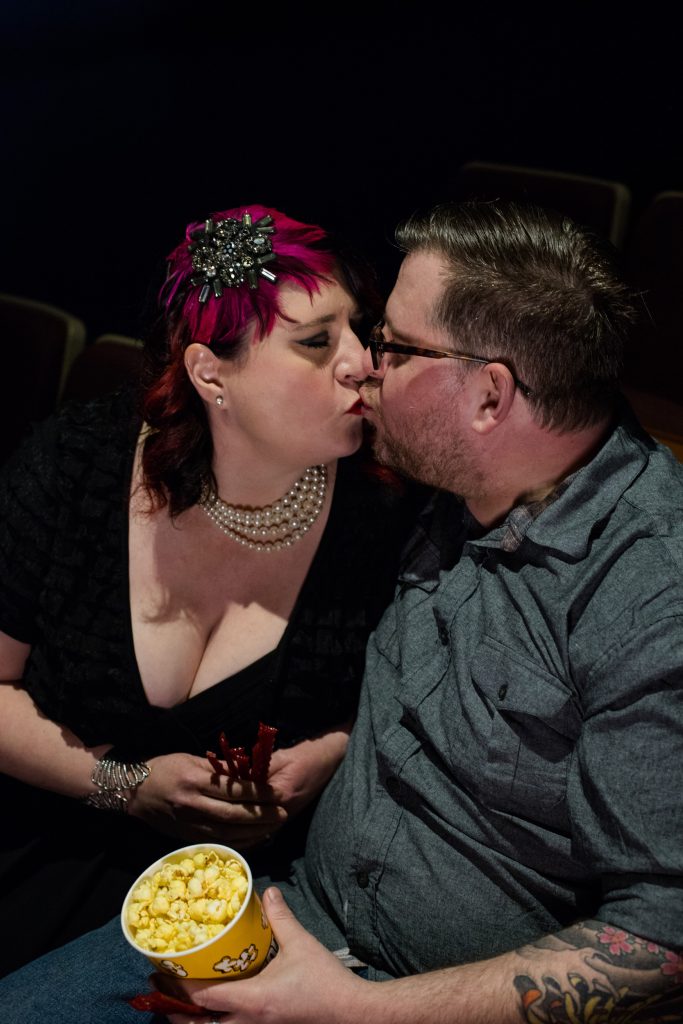 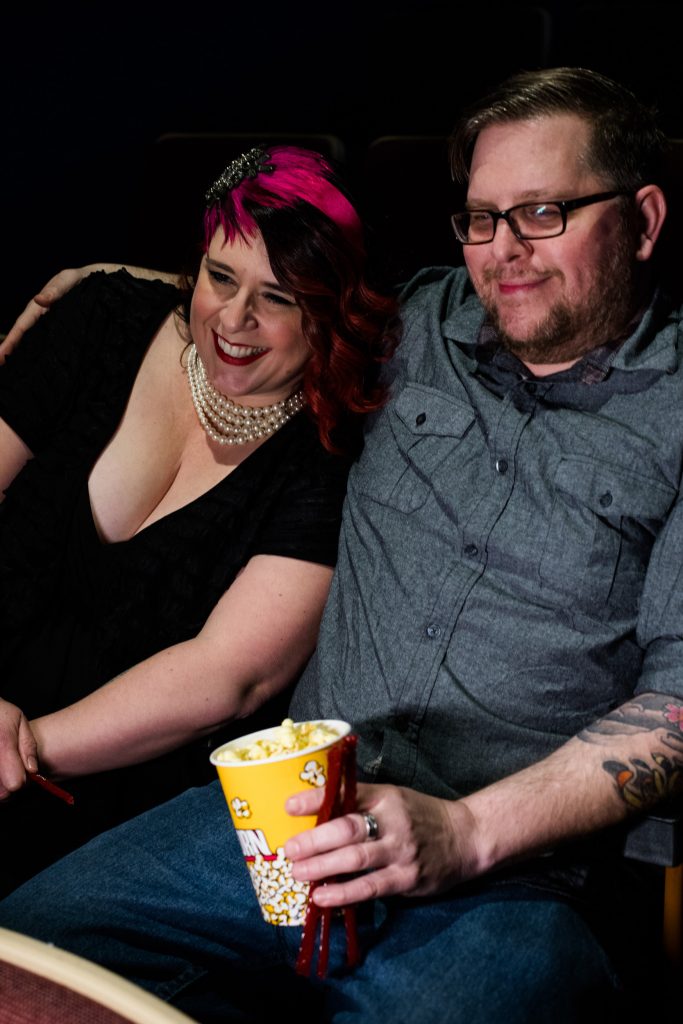 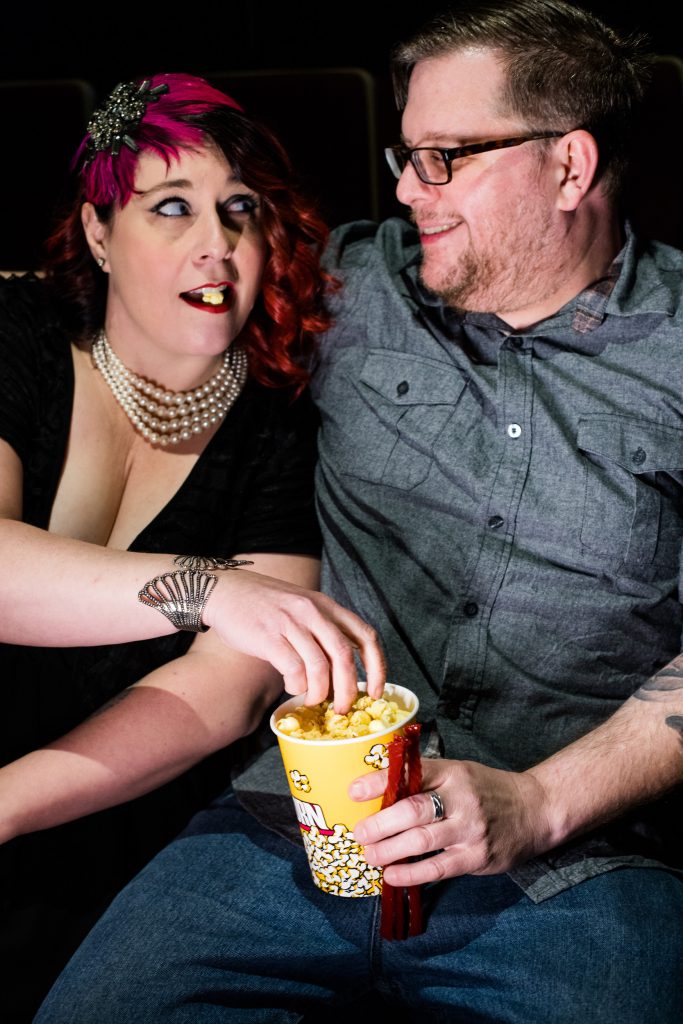 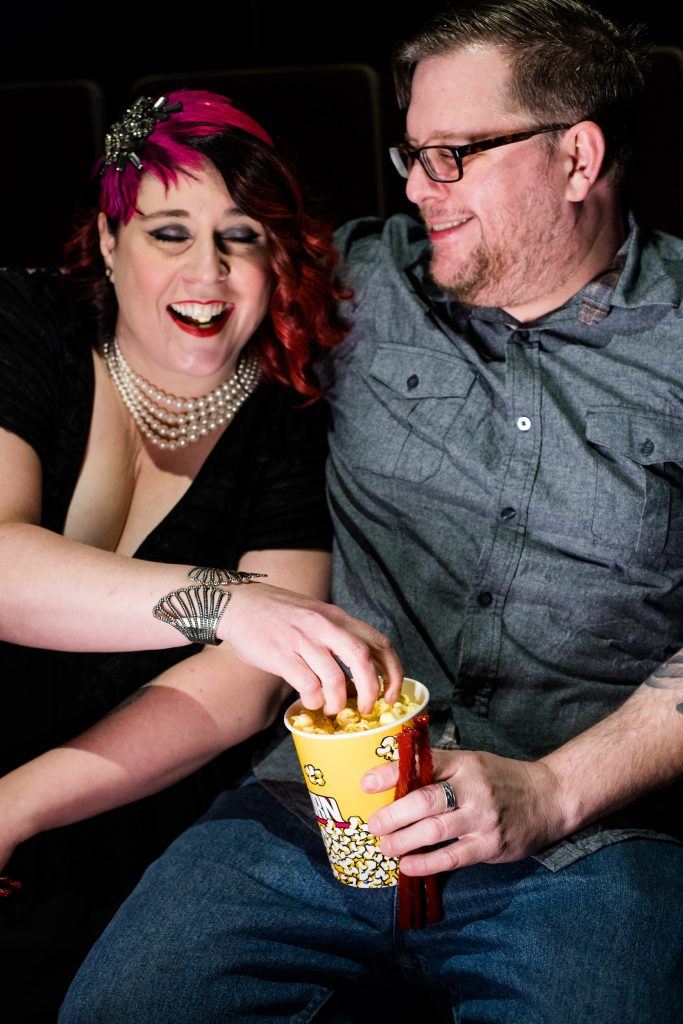 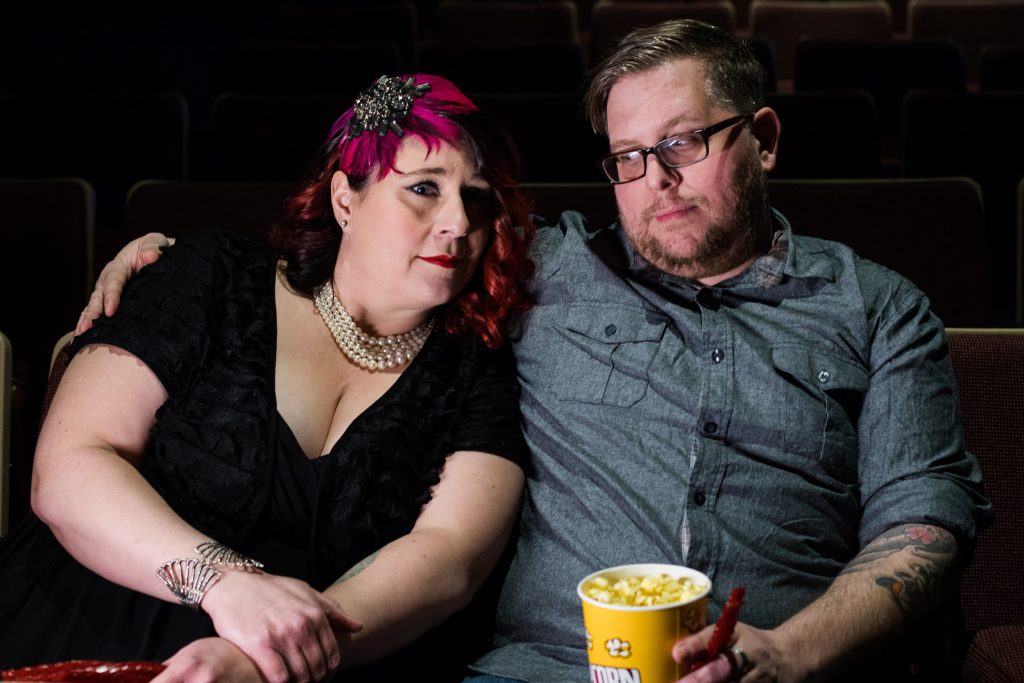 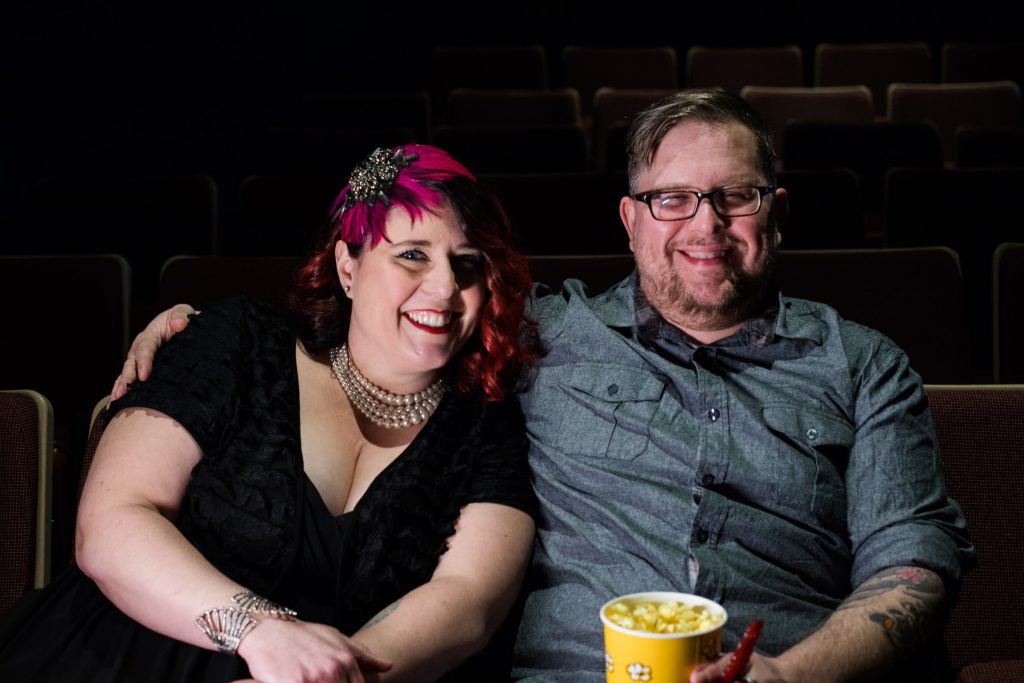